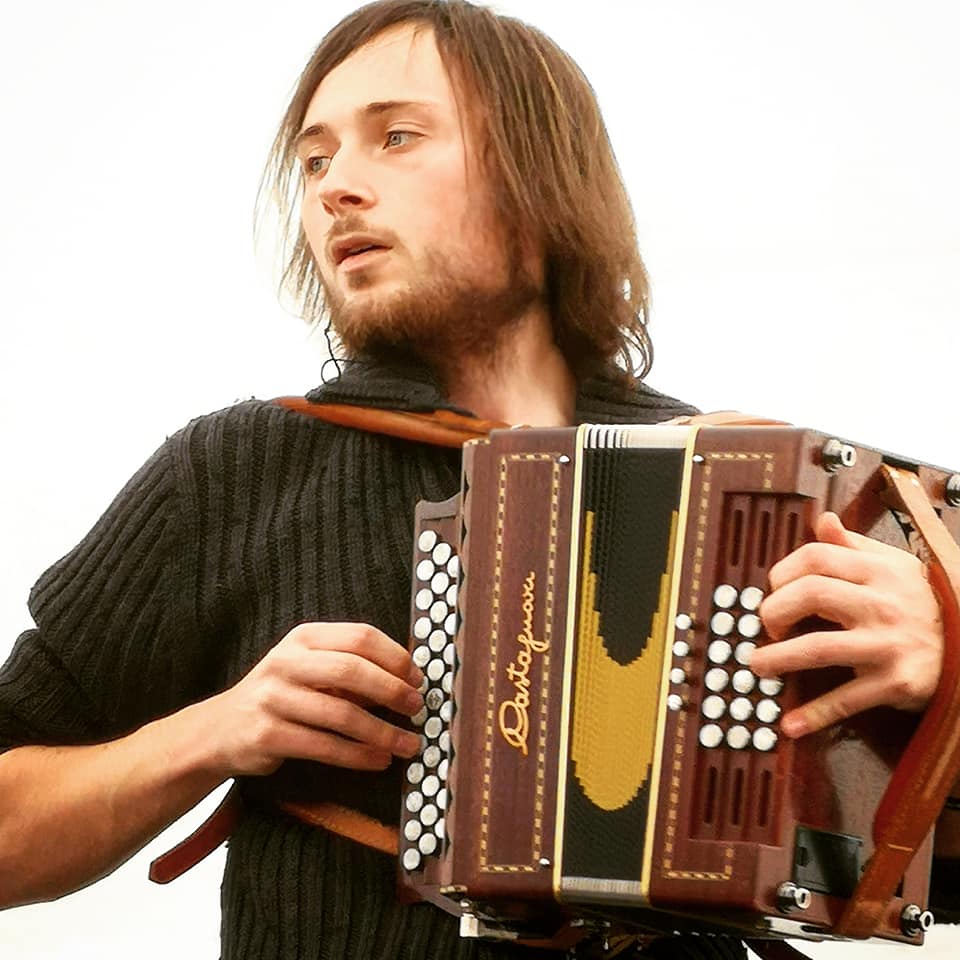 Hilltop’s founding member, James Kerry is an established professional melodeon/button accordionist from Kent – but don’t let the location fool you, he is lucky enough to have performed at festivals, functions and events across the UK and Europe. James is most well known for his roles within the Hilltop Ceilidh Band and Foot Down (an alternative-folk-rock band), but will be embarking on his first solo project in winter 2022 starting with a brand new album of traditional and original predominantly English music. In the past he has worked with a host of other musicians and bands, including extensive session recording work from his top end recording studio in Margate.

Contact Us
Other Musicians
Manage Cookie Consent
To provide the best experiences, we use technologies like cookies to store and/or access device information. Consenting to these technologies will allow us to process data such as browsing behaviour or unique IDs on this site. Not consenting or withdrawing consent, may adversely affect certain features and functions.
Manage options Manage services Manage vendors Read more about these purposes
View preferences
{title} {title} {title}